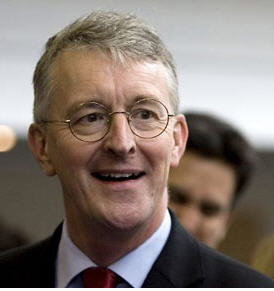 The Langtons Wharf reception held on 23rd July 2010 was a great success. Local estate agents, press, councillors, members of the Waterfront Association, our Neighbourhood Policing Team and others with an interest in our area were able to tour the property and view some of the flats. The weather was perfect and Pin of Dock Street served drinks and an excellent selection of canapies from a marquee on the lawn. Residents enjoyed the chance to get aquainted and see how other flats had been decorated.

The guest of honour, Hilary Benn, explained that he has lived at Langtons since he was elected as MP for Leeds Central in 1999. He was very keen to acknowledge the many improvements that have been made at Langtons since the owners took over the management. Mr Benn also emphasised the role that Langtons, and the newer residential and commercial developments, has had in turning the face of the city of Leeds back towards the river.

Photos from the reception taken by Richard Golden will be posted in the gallery soon.

This entry was posted in Langtons News. Bookmark the permalink.